In Islam, all acts and practices come from Allah as written by Prophet Muhammad and follow four tenets. These are the Qurʾān, the Sunnah (Traditions), ijmāʿ (consensus), and ijtihād (individual thought). They cover every part of a Muslim’s behavior and lifestyle, including Islamic food. The Quran says, “Eat the good things which We have provided for you.” (Al-Baqarah 2:173).

Gen Z Muslims are vocal and politically aware, but they are reaching an age where there’s a high temptation to eat and drink everything. So, they must still find a way to continue eating halal food as commanded by the Holy Prophet Muhammad. In this article, we weigh in on some of the Islamic food traditions that will continue with Gen Z.

Like most religions, Islam has a set of rules that govern eating. These Islamic dietary laws distinguish between halal (what is allowed) and haram (what is forbidden). Islamic teachings on food are pretty easy to follow. But, the rules on slaughtered meat are complicated. The laws demand that people of the Islamic faith only eat meat that is slaughtered with a sharp knife and avoid meats that cause heart diseases. They must also avoid dead meat and pork by-products.

Allah, through the Quran, allows Muslims to eat what is “good.” The word “good” in this context entails clean, nourishing, pure, and pleasing to the taste. Most healthy foods are halal foods in the Islamic faith, while a few are haram.

Eating haram food or forbidden foods is disobedience to Allah’s rules. These include dead meat, pork products & alcohol-based food-preparation sauces like soy sauce, and other meals that contravene the Sharia law.

Although Prophet Muhammad was a vegetarian, meat consumption often defines the Islamic diet. Yet, halal meat refers to only those slaughtered according to Islamic teachings and sharia law. Interestingly, some modern restaurants have halal certifications. These certify that the restaurant prepares its meat and food neatly, with well-washed hands, and according to Islamic dietary laws.

Islamic food shares some similarities with Kosher food. In the same way, some foods are Kosher because they follow the Jewish diet, and Halal food must follow Islamic culture.

The Middle East is home to some of the best halal foods, halal products, kosher foods, and other recipes for an Islamic diet. Some of these foods are also common in North Africa, where Islamic faith is prevalent. Let us look at some unique dishes that may live on with Gen Z. 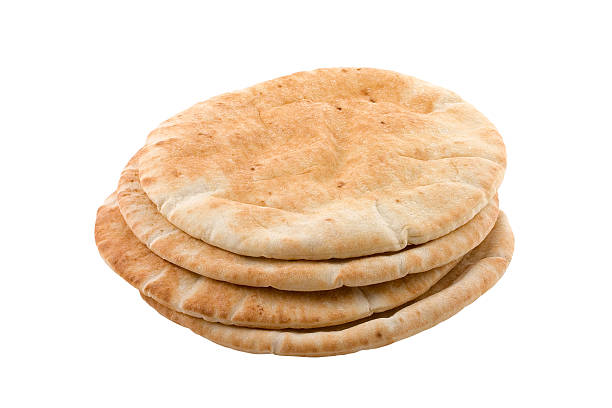 Pita bread is a halal food that serves as a good side dish to any halal meat, kosher food, and other food recipes approved by Allah. It differs from country to country in terms of shape and cooking technique. However, it’s still the same flatbread you can buy from shops in the United States. 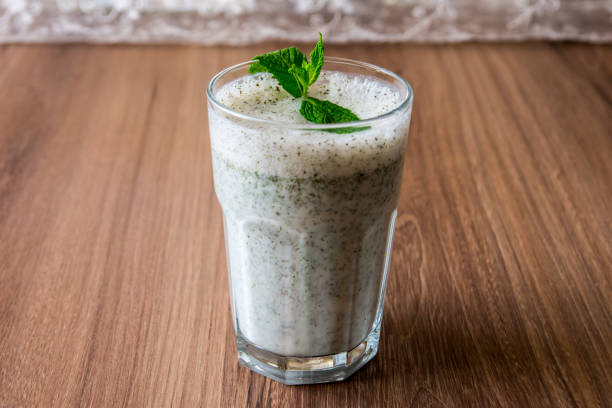 Dairy products like milk and yogurt are a staple recipe in the Middle East and North Africa. Ayran is a diluted, chilled yogurt drink that’s not only healthy but qualifies as halal food. Yogurt may not be the ideal beverage for some people in the United States and other parts of the world. But, it compliments many Middle East meals. Practitioners of the Islam religion also find it safe for consumption.

It goes with spicy dishes and kebabs. They are made without animal fats because those are forbidden foods (haram). It is also a cold appetizer for greens and vegetable dishes. 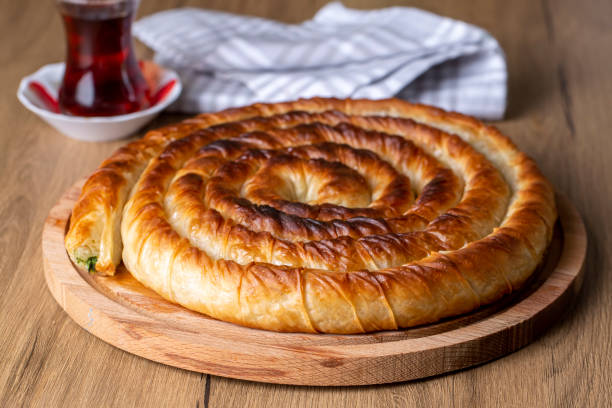 Börek is another halal food recipe from the middle east. It is made with thin dough and stuffing like minced halal meat, grated potatoes, spinach, and more. It is so nutritious that many families reserve them for guests. Some recipes may contain cheese, which is haram. But Muslims can replace it with other stuffing that aligns with the Islamic diet. 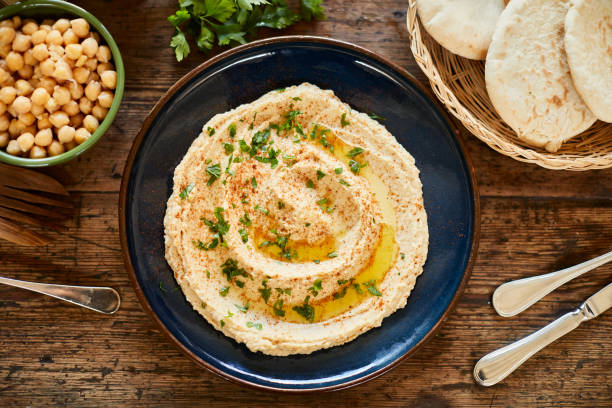 Hummus is a popular Middle East halal food made of mashed chickpea, lemon juice, olive oil, garlic, tahini, and other spices. It is an appetizer and sandwich spread. It is free of pork products and served with vegetables and pita bread. You can enjoy this meal with your bare hands. 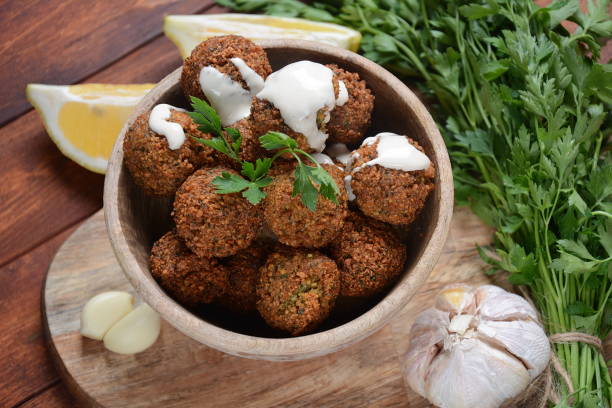 You can’t list famous Middle East dishes without Falafel. It deep fried chickpeas, onions, and cooking spices molded into balls. Hotels with Halal Certification often serve this appetize to Muslims. This appetizer also doubles as a protein alternative in vegetarian meals. So, it is a convenient food option for members of the Islam religion who want to eat food that pleases Allah. 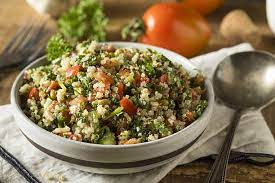 Tabouleh is a salad dish made of bulgur or cracked wheat, vegetables, parsley, and mint. It doubles as an appetizer and a healthy light lunch for fitness enthusiasts.  It also serves people who can’t eat animal fats and pork products. 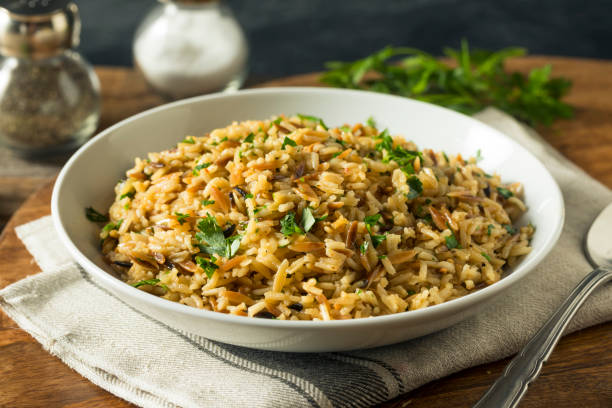 Pilaf is a dish made of rice or other grains, cooked in butter or oil and diced onion before being simmered in broth. This recipe has many variants. Some contain meat, vegetables, nuts, and even fruits. Adherents of the Islamic religion who want to make this dish should stick to halal meat. They can avoid pork products and other forbidden animal parts in making the dish. 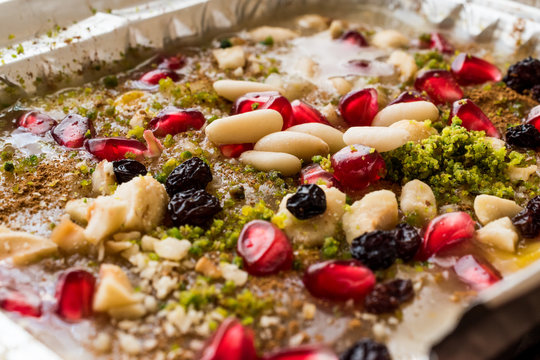 Ashure is a Middle East dish that symbolizes fertility and abundance. Many people claim that it is the oldest desert in the world. Legend has it that it was one of the meals the survivors in Noah’s Ark cooked after Allah ended the flood.

This recipe contains legumes like beans, wheat, and chickpeas. It also includes fruits like figs, raisins, and nuts like hazelnuts and walnuts. Members of the Muslim religion will find this dish halal. It doesn’t have animal cuts and other forbidden food that the Islamic faith prohibits. 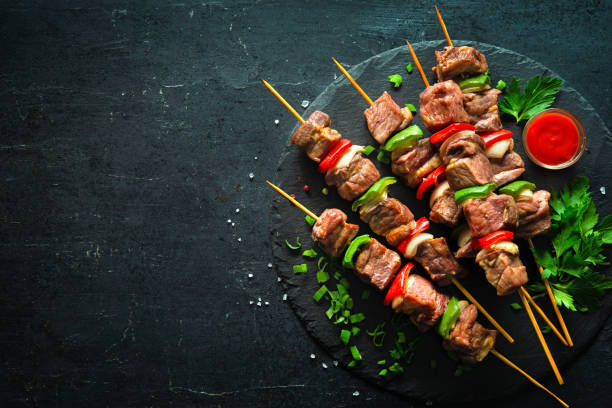 Nowadays, most people in the United States regard Kebab as a cooking style. But it’s actually a dish of Middle Eastern origins. It consists of minced meat or chicken with vegetables, grilled on skewers over an open fire. The Muslim religion permits Muslims to eat this dish without sinning. Provided any animal used for its preparation is slaughtered according to the Islamic dietary laws. 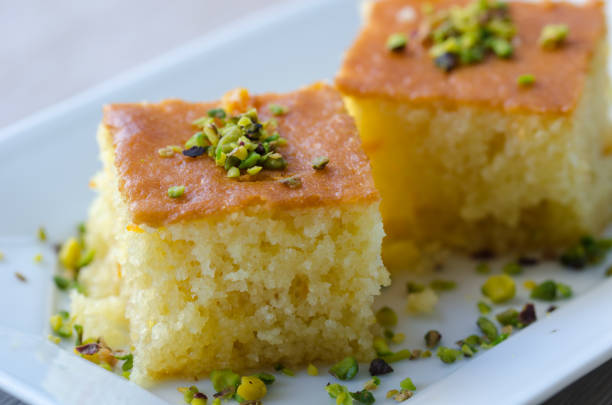 Revani is a popular food that is healthy for the stomach, jugular vein, and the entire body. This recipe serves as dessert and has historical ties to the Ottoman Empire. Its essential ingredients are semolina and yogurt. These, when combined with sherbet, make an absolutely delicious dessert.

Revani is reserved for special occasions and is served to important guests and respected Muslims. It is a fine dessert on its own. But a dash of whipped cream or a scoop of ice cream switches its taste up, making it taste even better.

What Are Sunnah Foods?

The Muslim religion teaches that God gives human “bodies” to hold in trust. So, you are not supposed to put any forbidden foods in your stomach. You shouldn’t also eat foods that hurt the heart or food prepared with dirty hands. You must also avoid eating carnivorous animals and cook with clean oils like olive oil. This is because, on judgment day, all persons will account for how they treated their bodies. For clarity of the Islamic faith and Islamic teachings, the Quran and Sunnah highlight some halal foods.

These foods align with Allah’s will and the teachings of Prophet Muhammad. They nourish the body and give great virtue. They also come in handy, especially during Ramadan. So, Islam worshipers in the United States, North Africa, the Middle East, and other parts of the world must find a way to avoid carnivorous animals, alcohol, and other forbidden foods. They should instead eat only halal food that glorifies the Islamic faith.

Here are some Sunnah foods you can order from OjaExpress grocery delivery services. 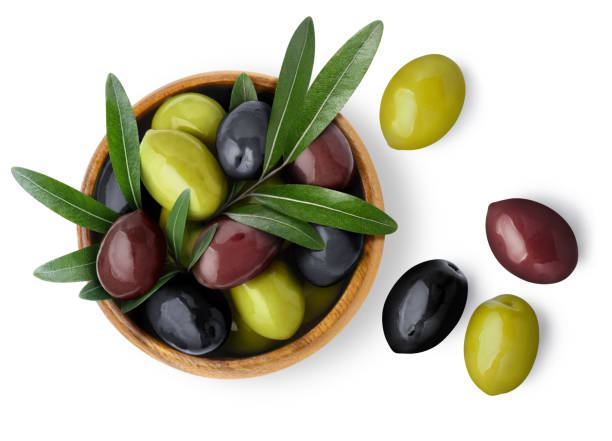 Olives and olive oil are other halal food products that help to boost iron levels. They also prompt the immune system to function better. Eating olives at the start of the day can be a great source of energy to serve you throughout the day. It can also affect your cognitive development. 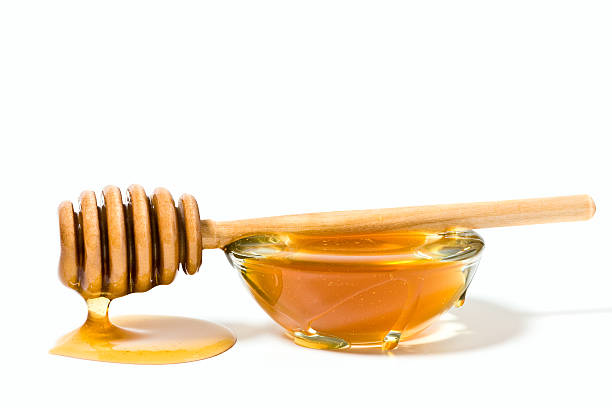 Even the Quran recognizes the health impact of honey. It is a great source of energy and contains antifungal and antibacterial properties. Thus, honey is a remedy for many illnesses. Regular honey consumption can strengthen immune systems and regulate blood sugar levels. This makes it great for people of the Islamic faith. 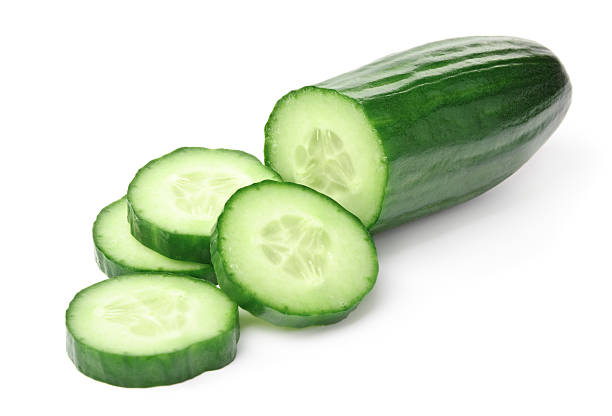 Cucumbers are also halal products. They’re a great source of antioxidants that help protect the brain and even fight certain cancers. It also has anti-inflammatory properties that benefit the heart, jugular veins, and the entire body. 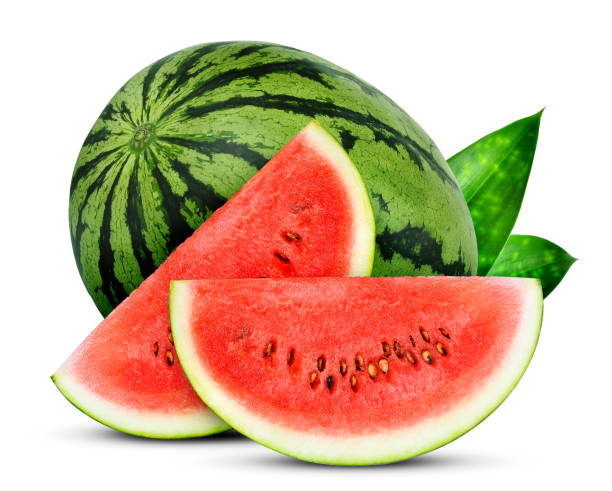 In the Quran, Prophet Muhammad used to eat watermelon and ripe dates. This indicates that the beneficial properties of this fruit date back centuries ago. Plus, in Ramadan, a slice of watermelon can be refreshing after the day’s fast. 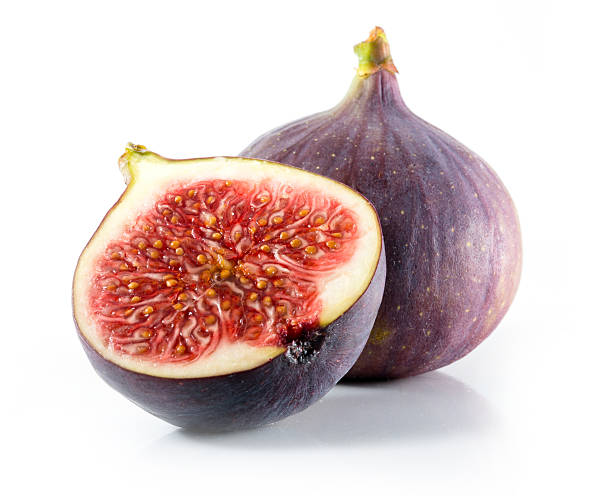 The Quran describes figs as an exceptional fruit sent from heaven. This is because it has many benefits and, surprisingly, no seeds. Figs are a good source of fiber, minerals, vitamins, and antioxidants. These fruits improve the digestive system and prevent heart diseases and constipation.

The Islamic dietary laws and halal foods discussed above are popular among the older generation. It is ideal to pass them down to the next generation of Muslims. Getting some of these food products and ingredients may be difficult. But with OjaExpress grocery delivery service, you can order them online. Check out our store now to make your order and enjoy a speed of light delivery.